We’ve all heard about “Customer Experience” and might have developed different understandings of it which in turn may not reflect its true nature, therefor I wanted here to clarify the concept and give an idea of its status in Europe.

In 1982, Holbrook & Hirschman ([i]) published some results of their investigations where they underlined that, in contemporary studies, experimental aspects of consumption (e.g.: consumer fantasies, feelings, and fun.) were often overlooked and that these should be included in future research to get a better understanding of consumer behavior. This could be considered as the starting point of Customer Experience studies with an always increasing number of papers per year.

The Customer Experience originates from a set of interactions between a customer and a product, a company, or part of its organization, which provoke a reaction (…). This experience is strictly personal and implies the customer’s involvement at different levels (rational, emotional, sensorial physical and spiritual) (…). Its evaluation depends on the comparison between a customer’s expectations and the stimuli coming from the interaction with the company and its offering in correspondence of the different moments of contact or touch-points (…).

With this, we understand that in today’s world, companies have to face many challenges associated to constantly changing expectations, mindsets and technologies (impacting means and media of interactions) to be able to satisfy individual expectations at touch-points.

At first, CX looks quite straightforward; it is however not always properly understood or implemented and we occasionally observe discrepancies between Business Owners’ and Customers’ perceptions regarding a service or product. The statement of Berry & al. ([iii]) in the introduction of their publication in 2002 still has some relevance 15 years later:

In recent years, managers have become increasingly aware of the need to create value for their customers in the form of experiences. Unfortunately, they have often proceeded as if managing experiences simply meant providing entertainment or being engagingly creative. The issue is far more complex than that.

General interest for CX has grown up with time, especially because of an increasing number of competitions and the sole high quality of a product is not a sufficient element for differentiation anymore. To increase prospects conversion and ensure customer loyalty, companies must really understand their customers and provide them with the best experience ever (timely and properly address their needs, fears, believes …); especially in today’s world where every individual is able to share worldwide, in a few seconds, his/her own experience using social media, thus having a potential impact on brands.

While we’ve seen that CX is getting more popular, let’s have a look at the geographical distribution of the interests. Google Trends information, though not being a scientifically proven approach, will an interesting overview of the general interest on CX. We will start with a worldwide overview and have a closer look at some European countries.

When looking for statistics over the past 12 months, we may observe an unequal distribution of the interest for CX; Except Ireland, there is no European country in the top ten (cf. figure 1). 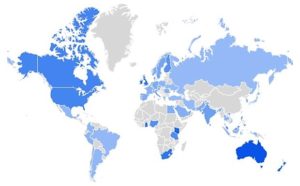 Looking at statistics starting January 2004 shows a change in trend in January 2007 with an always worldwide increasing interest that almost doubles every five years. A seasonal effect may also be observed every year in December with a spike (down). The collected data do not allow to justify this phenomenon; Is this just linked to a reduced activity because of end of years holidays? Does it translate a change in activities with resources preferably applying the developed CX strategy to the end of year deals rather than performing technology watch on the topic? Or is there any other reason?

Germany only ranks as the 29th country Worldwide regarding its interest on CX. We may judiciously ask ourselves whether this would be linked to the language or culture; To answer this question we’ve made a comparison with the German dedicated keyword (i.e. Kundenerfahrung); the result is reported on figure 3.

Fig. 3 – Statistics about “Customer Experience” (in blue) and “Kundenerfahrung” (in red) searches initiated from Germany since January 2004

We may first observe a slight change in 2007 with the appearance of an almost constant interest for “Kundenerfahrung”, however the English wording is largely preferred. The real interest for CX started later in Germany compared to the worldwide results with a trend change around 2011 appearing and a growth rate over the last 5 years (about 3)  higher than the worldwide one observed above (only 2).

Geographic representations of German states from where searches for “Customer Experience” and “Kundenerfahrung” were initiated are provided in figures 4.a and 4.b respectively. We may observe a difference between former eastern and western German states. 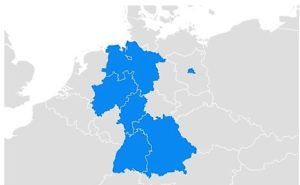 Fig. 4.a – Searches for “Customer experience” in German States since 2004 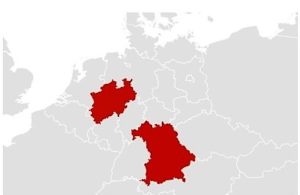 Fig. 4.b – Searches for “Kundenerfahrung” in German States since 2004

In England, the curve showing the searches for “Customer Experience” over time (cf. fig. 5) has roughly the same shape as the worlwide one above (cf. fig. 2). From a location perspectives, searches have been initiated from 3 cities: London, Nottingham, Manchester. 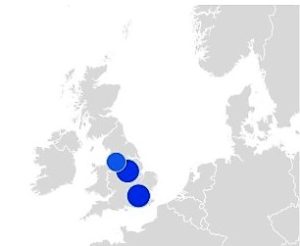 Fig. 6 – Searches for “Customer experience” in England since 2004

Fig. 7 – Statistics about “Customer Experience” (in blue) and “Expérience client” (in red)  searches initiated from France since January 2004

Both terms are used interchangeably with quite similar shapes for the 2 curves. Almost all requests have been initiated from Ile de France. (cf. fig. 8.a and 8.b). 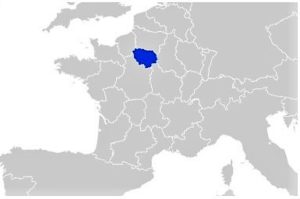 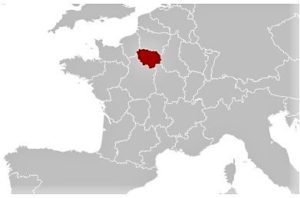 When looking at results for different european countries, we observe that for these countries the interest for CX is younger and growing more rapidly than the worldwide average. As newbies, european countries may repeat the mistakes of their predecessors unless they have a close look at the different studies and take advantage of the shared lessons learned already available.

Book for your seat before it's too late. We provide variety of ticket options. Check Out Tickets!